A microsite raising awareness of the fatal illness Schistosomiasis.

To raise awareness for the potentially devastating consequences of a Schistosomiasis infection, we developed a digital campaign for the Global Schistosomiasis Alliance (GSA)  – an initiative of our client Merck. At the heart of the viral campaign lies a microsite which delivers the GSA’s important message. But instead of depicting Schistosomiasis as a tropical disease, our “just because you can’t see it, doesn’t mean it’s not there” insight helped market it as a terrifying horror blockbuster.

The Global Schistosomiasis Alliance (GSA) briefed us with the job of raising awareness online for its fight against the disease. Our goal was to inform as many people as possible about the disease and its deadly consequences while highlighting the life-saving assistance the GSA receives from its global partners.

Schistosomiasis affects millions of people across the globe. However, its neglected tropical disease status and almost unpronounceable name keep its profile relatively low. To raise awareness for the fight against the disease and the conditions in which it thrives, we devised an unusual campaign concept, which marketed the disease as a horror film in the lead up to the festive cinema rush. The experts of our digital unit Fork Unstable Media  created the website for the initiative.

With our “Just because you can’t see it, doesn’t mean it’s not there.” insight, we used a menacing combination of tension, suspense and little bit of danger to create an unmistakable microsite atmosphere. With a mere €5,500 media budget, we managed to deliver our unusual, yet vitally important, message to over 250,000 users worldwide. 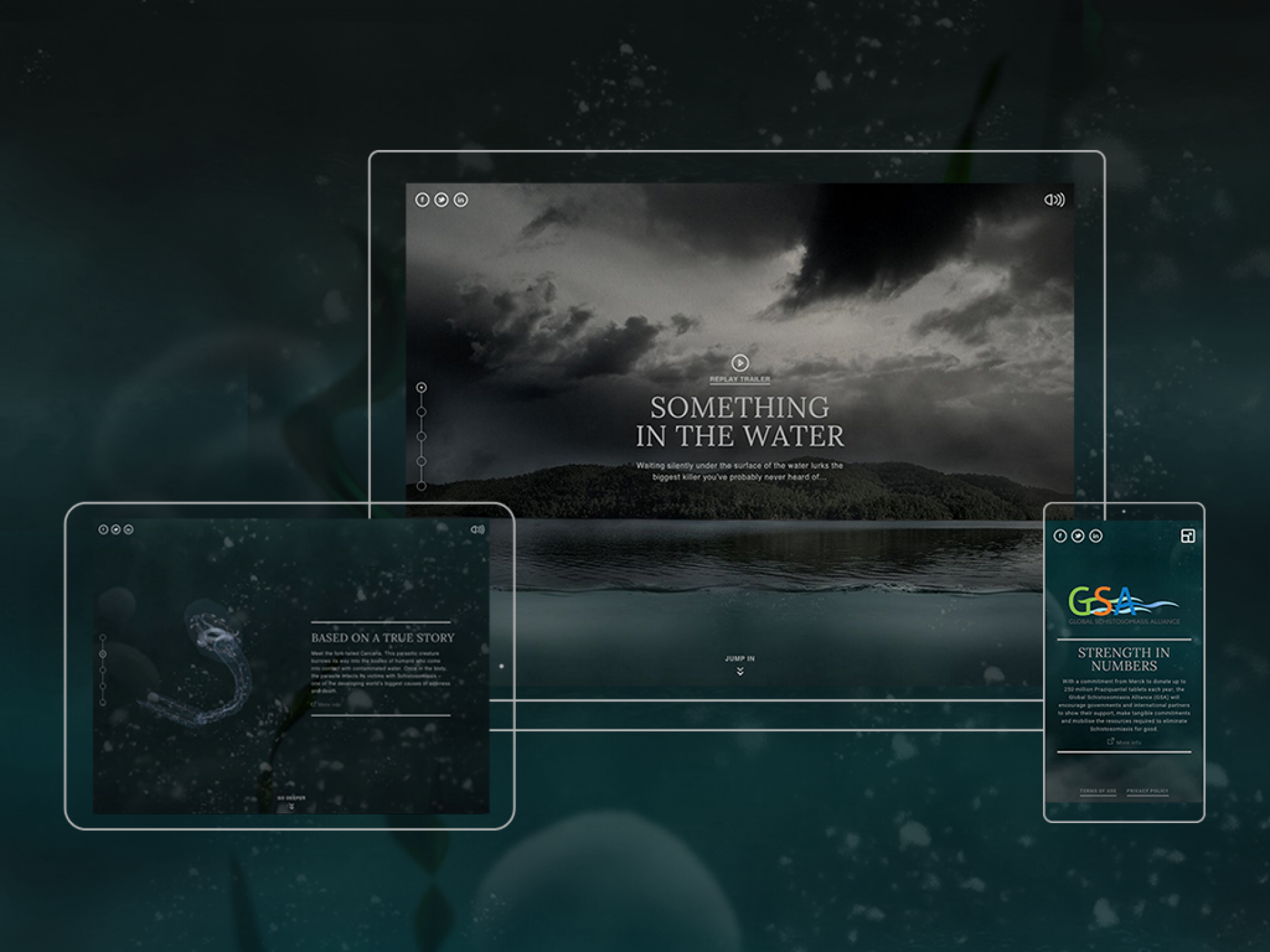